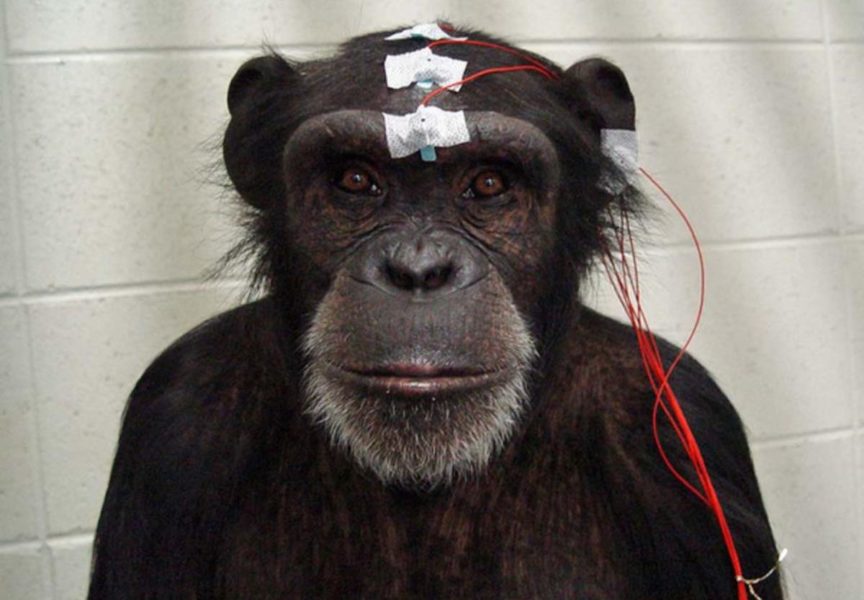 “Essentially we created a super-brain – a collective brain created from three monkey brains. Nobody has ever done that before.” – Miguel Nicolelis, Duke University

Recently, three monkeys have joined together to form a “brain-net” – meaning scientists have found a way to link together their brains in a way that allowed them to jointly control an avatar arm. In a similar, second experiment four rats were also able to form a “brain-net” resulting in the joint ability to solve a simple weather forecasting problem by way of synchronized neural activity. Cool? Very. Interesting in the eyes of researchers? Extremely, and why? Because these experiments raise the prospect of direct brain-to-brain interfaces in humans as well as challenging the notion that our minds will always be ultimately isolated from those of others.

Before the monkey “brain-net,” Nicolelis had previously worked to develop brain-machine interfaces that could allow amputees and paralyzed people to directly control prosthetic limbs and exoskeletons, but the success of his latest experiment could mean clinical benefits for people in need of brain rehabilitation. He predicts that it will also open the door to collectives of animal brains linked together to solve problems, or “organic computers,” as he calls them. As always, there are skeptics who fear that these “brain-nets” are too similar to science fiction plots. “We’re conditioned by movies and Hollywood to think that everything related to science is dangerous and scary. These scary scenarios never crossed my mind and I’m the one doing the experiment,” said Nicolelis in response to his critics.

“The work [of Miguel Nicolelis] is the most convincing demonstration yet that brains can be linked together in direct communication. People have claimed digital telepathy in various cool demos, but it’s mostly been total hype. I’m quite impressed by this – it has a high ‘gosh’ factor.” – Anders Sandberg, nueroethics researcher at the University of Oxford

In each of his two experiments there were exciting take aways that held promising results for the future of brain-to-brain connection. In regards to his first experiment, the “brain-net” system Nicolelis created seemed to work even if one of the three monkeys was temporarily distracted. “Even if one monkey dropped out in one trial, the ‘brain-net’ remained strong. Imagine if you had, not three, but a million – that would be extremely resilient,” he said. When reflecting on his second experiment with rats, he said that in the future, the concept might be extended to produce neurally connected “swarms” of rats with collective intelligence.

In the long-term, Nicolelis believes his work could help with things like restoring language abilities after a stroke by allowing them to directly synchronize with the language regions of the brain of a healthy person. He even thinks this can be done invasively with the use of electrodes on the scalp. He doesn’t, however, think that humans would ever be able to directly share complex mental experiences with the use of a “brain-net,” saying that, “you’re not going to share your emotions or personality to a ‘brain-net’ – these are not reducible to a digital algorithm. You can’t reproduce these individual human attributes. Ultimately, it isn’t even clear if brain-to-brain interfaces will be a sensible thing in practice. “There may be special instances where you’d want a  long-term connection with someone – like a married couple or a military platoon, but there’s something to be said for neural privacy,” said Sandberg.