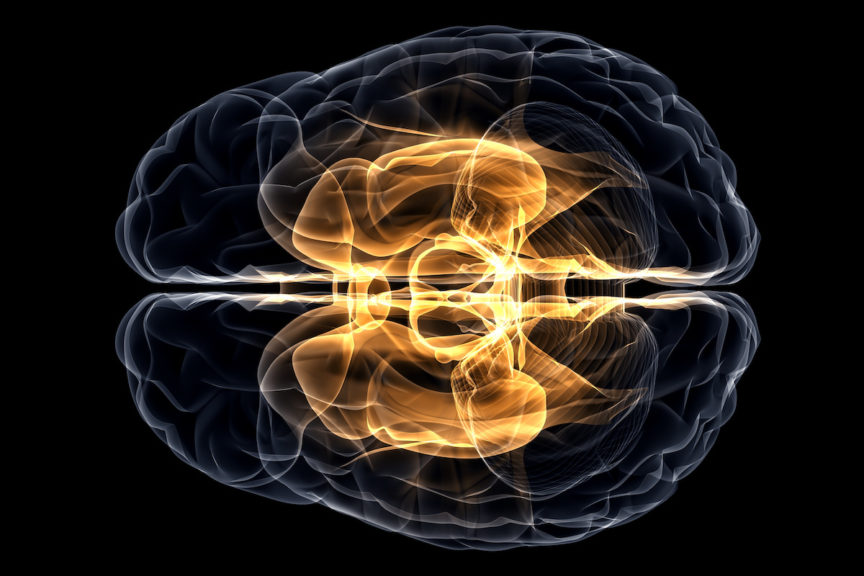 A recent study at Johns Hopkins University in Baltimore has shown that parts of the brain once thought to be primarily devoted to processing vision can be recruited by blind children as young as five to process speech. In the world of neurology, this could have real implications for our understanding of “plasticity” – essentially how the brain adapts to experience.

Researchers used fMRI (functional magnetic resonance imaging) scanners to study brain activity in congenitally blind and sighted children as they were read stories and had music played to them. As scientists played these audio recordings – the children heard either a 20 second clip of music, a story in an unfamiliar language, or a story in their own native language – they were asked to say whether a follow-up three-second clip was a correct continuation of the story or music they had heard. The images obtained from this were interesting in that they showed that the lobes of the brain once though to be primarily devoted to processing vision were being used by blind children to process language.

“What I think is exciting about this research with kids – and we’ve done similar things with adults – is the function that you find in the visual cortex is so different [from language]. It’s language, which is this abstract function that is uniquely human – unlike vision, which is shared with most mammals – it shows just how extremely flexible the brain is.” – Marina Bendy, a researcher on the study and professor in Johns Hopkins’ department of psychology and brain sciences

Similar studies have been done with blind adults, but the results were noticeably different. The people who lose sight in as adults  – no matter how long they’ve been blind for – don’t recruit the visual cortex nearly as much as children do; furthermore, case studies in blind adults who regain their sight show that adapting to the new sense can be extremely difficult. Another testament to the flexibility of the young mind.

“Neurologists operate in the sort of classical delineations of the brain, and boundaries of the brain, and what this is showing you is that language lives in a very different part in the room of the house. All these populations have different sensory experiences, and because of that they often have different language experiences – we’re all just beginning to understand the complexity of these,” said Guinevere Eden, a professor at Georgetown University.

The results are very hopeful and exciting because even just a few decades ago neurologists believed the brain’s boundaries were far less porous. Additionally, they could have future implications for treatments – including considerations about the impact on the brains of congenitally blind individuals and their ability to see. The research is also one of the first studies of the brains of congenitally blind children – a very small population – and the researchers at Johns Hopkins believe that with further studies real treatments can be found for the blind.

If you’re interested, the study, Visual Cortex responds to Spoken Language in Blind Children, will appear in the Journal of Neuroscience this week. The work was done in partnership with researchers from the Massachusetts Institute of Technology.